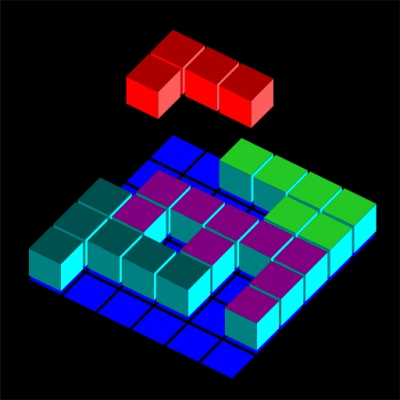 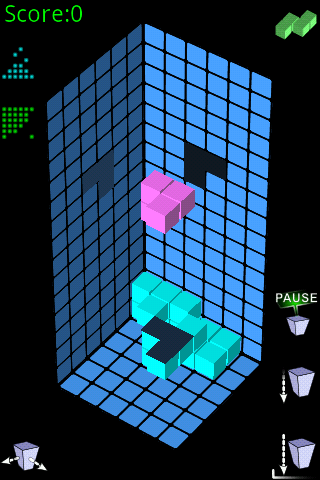 A random sequnce of 4-cube blocks fall down the 6x6x15 playing field. The objective of the game is to manipulate these blocks by moving each one with the aim of filling layer with the defined amount of cubes (amount of cubes depends on a level). When the layer contain necessary amount of cubes it disappears and any block above the deleted layer will fall. Block falling speed is being increased with the each removed layer. The game ends when a new block can't enter playing field.

Game state is being saved automaticly between breaks. When you choose Play, game will allow you to continue previous game (if there is any).

Currently there are 2 game types avaliable:

Survival - place blocks at the game field, fill layers depending on a game dificulty;

Cleanup - each level contain some cubes at the start (amount of cubes depends on a level). Clean game field to pass a level.

Difficulty level define how many cubes should have layer in order to be removed:

With the each layer removed you will be getting points: 50, 120 or 250 depending on game difficulty. Bonus points will be added in case if:

All the movements controlled by drag and drop operations and device buttons.
Blocks can be moved horizontally and turned around three axis. 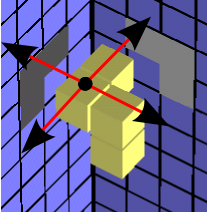 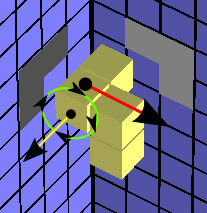 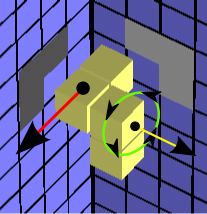 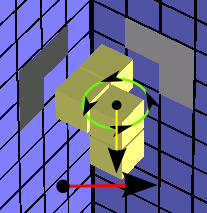 There are two modes:

Modes can be switched by button on the left bottom corner of the screen.

Block moves with simple gestures. To shift along the horizontal axis to hold your finger in the appropriate direction. 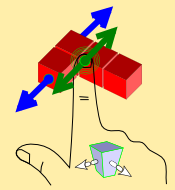 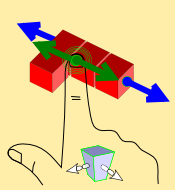 Rotation around the horizontal axis: run your finger along the axis. The block will rotate 90 degrees. 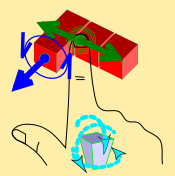 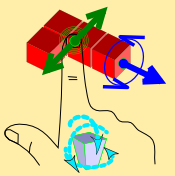 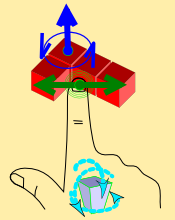 Blocks can be rotated by means of a gesture with two touches. It works on devices supporting multitouch and Pro versions 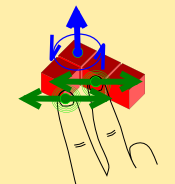 Rotation mode turn on automatically. Mode switches back to the current one after completing the gesture.

Playing field can be rotated in order to have ability to view on playing field from different view points.

To do so hold your finger outside of playing field (right or left areas) and move it to achive better view.

Button to drop block - current block will immediately fall down.

"Menu" - Button to switch control modes: turning/moving
"Joystick" (can be called differently depending on a device model) - current block will immediately fall down.
"Cancel" - finish the game. 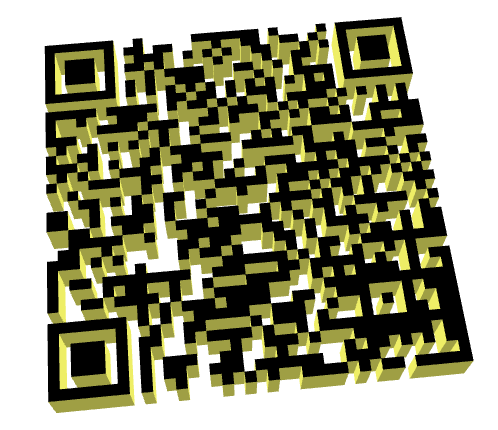 More in this category: « Tessera3D Pro Tessera3D Free changelist »
Login to post comments
back to top